MIGRANT WOMEN ARE NOT BEING PROTECTED BY DOMESTIC ABUSE POLICY 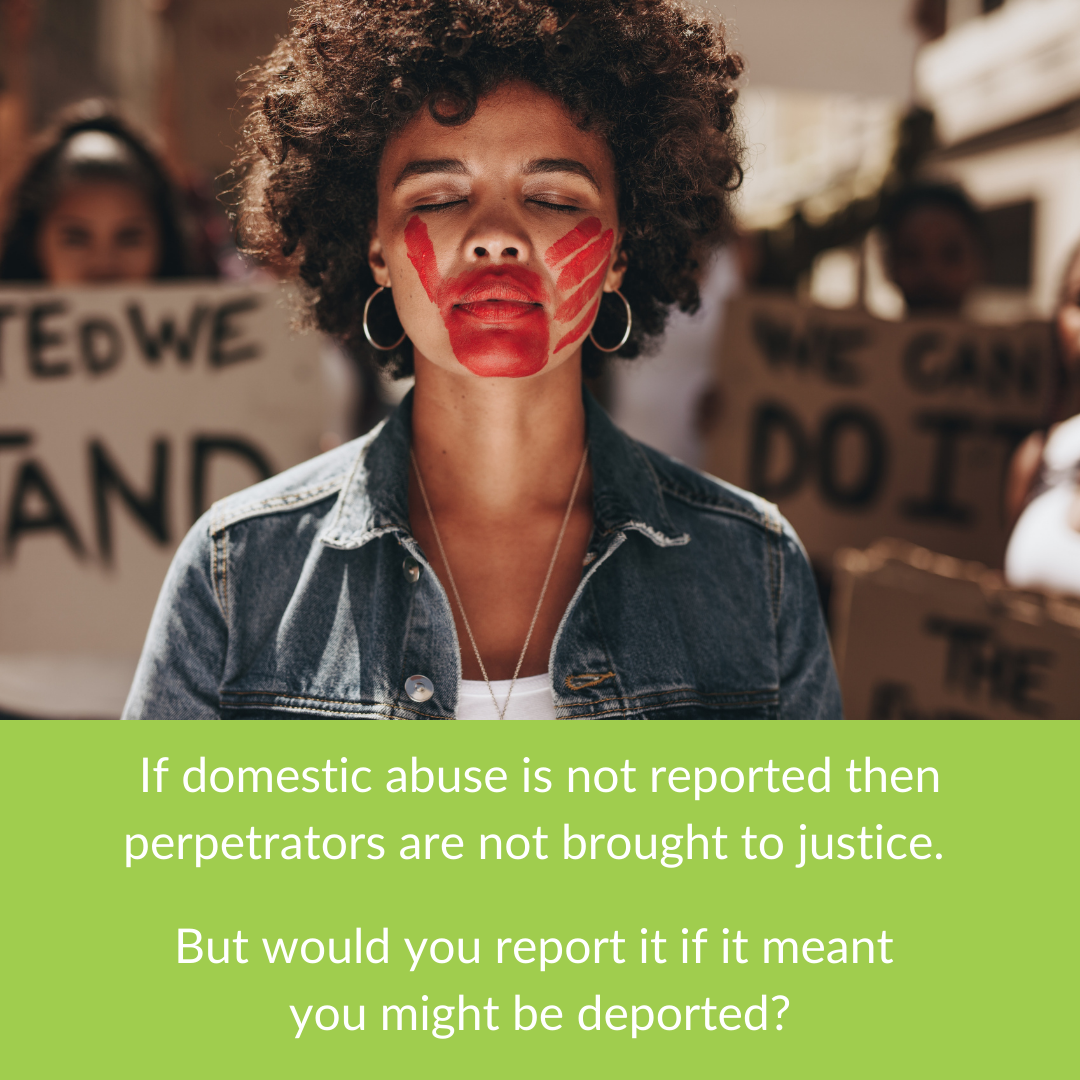 Domestic abuse is a pivotal issue in today’s social climate and can be exacerbated by policy gaps and poor support systems. After years of development the Domestic Abuse Bill returned to the House of Lords in the UK on 8 March 2021 to complete its report stage, one of the final stages before being enshrined in law.

The Bill is expected to completely transform the effectiveness of current responses to domestic abuse throughout a variety of services. Its main features include placing safe accommodation service funding on a statutory footing and outlawing threats of non-fatal strangulation, post-separation abuse and sharing intimate images. It also intends to ban the direct cross-examination of survivors by their abusers in court and will importantly give the first ever legal definition of domestic abuse.

On 15 March, the House of Lords voted on two amendments to the Domestic Abuse Bill. These amendments focused on blind spots that were affecting the safety being provided to migrant women reporting domestic abuse. These amendments aimed to stop the use of data sharing between the police and the Home Office and would grant migrant women reporting domestic abuse temporary leave to remain and give them access to public funds and services.

Currently, women with insecure immigration status and No Recourse to Public Funds suffer with little to no protection. Those with No Recourse to Public Funds face barriers particularly in accessing refuge accommodation. This is because they are ineligible to claim benefits which many survivors rely on to financially support their stay in a refuge.

Further explaining the issue whilst in the House of Lords, Baroness Meacher stated, “Migrant women with insecure immigration status are, in my view very understandably, reluctant to report domestic abuse to the statutory services”.  This stems from hostile environment policies employed by the government, allowing data sharing between the police and the Home Office for immigration control purposes. This places many migrant women at risk of deportation if they come forward to report domestic abuse.

Meacher continued, “This means that women affected cannot seek support or a safe place to go, with the most appalling consequences, as one can very easily imagine. Perpetrators are not being brought to justice.

Studies have found that the number of women deported after reporting domestic abuse has risen from 12% to 30%, showcasing that the fear to report is fully justified. This is worrying, as it reinforces a trend of criminalising the victim of domestic abuse, rather than the perpetrator for their actions.

The Bill also does not cover other issues such as the way benefits are paid to women fleeing abuse. When claimed jointly with a partner, Universal Credit is paid into one account by default. For women suffering domestic abuse, this increases the risk of economic abuse, and campaigners are currently fighting to change this so that claimants receive payments separately. In addition, other issues such as blanket budget cuts to refuge centres result in all domestic abuse victims being put at risk. All is fair in voting for amendments that would allow migrant women access to money to pay for refuges, but there is no use in this if there are no refuges in their area to pay for.

There is a clear lack of priority given to migrant women in regard to public policy and the upholding of hostile environment policies continues to limit the support and respect provided to them.

Although the amendments to the Bill have been made, pressure must still be applied to ensure that they remain within the Bill right through to its final stages. The voices of those that this is impacting must be amplified and awareness must be spread of the risk that the passing of the Bill could pose if amendments are not made.

You can connect with Aaron directly on Twitter: @aarongatesss

We provide education, awareness and campaigns on a wide range of themes and topics relating to equality, diversity and inclusion. We deliver online and offline training to organisations and teams in the public, social purpose and private sectors.

You can join our movement for social change; helping us create a safer and fairer society.