“This is what frustrates me sometimes when it comes to things like Youth Mental Health, is that, it’s the adults and the grown-ups that seem to make all the decisions, they don’t consult young people enough. It needs to be from young people, needs to be driven by young people.”

“I just think we’re living in a world [where we] don’t interact with people because everything’s electronic, everything’s digital. We’re losing that human face to face connection which is so important for our mental health.”

“…what we so often do in mental health, is wait until the crisis point, people only get treated at that point. But, if we take it back to the early intervention stage, it can make such a massive difference. So, we’re really trying to focus on that.”

Jonny Benjamin MBE is an award-winning mental health activist, public speaker, writer, vlogger and film producer. He has had an incredible journey that has led him from one extreme of mental health to fighting for others who are struggling.

Diagnosed at 20, with a combination of Schizoaffective Disorder (a combination of Schizophrenia and Bipolar), Jonny’s battles with mental health resulted in him being hospitalised. During a particularly difficult time, he found himself on the side of Waterloo Bridge, ready to end his life, when a stranger talked him down (his campaign to find the stranger afterwards went viral). The stranger’s actions had a huge ripple effect on Jonny, who has since launched campaigns to support, discuss and break the stigma of mental health.

Jonny was awarded his MBE the Queen’s New Year Honours List in 2017, for his services to mental health and suicide prevention. He works tirelessly to change the perception of mental health and make vital treatment for those in need more accessible for all, leveraging online forums to reach out during the Covid-19 pandemic. He’s the co-founder of Beyond, a mental health charity supporting children and young people, to move ‘beyond the shame and stigma of mental health’. In February 2021, Beyond hosted the first ever mental health festival for schools, Inside Out Day.

Jonny has also published his second book entitled:’ The Book of Hope: 101 Voices on Overcoming Adversity’, hearing from people from all walks of life – actors, musicians, athletes, psychologists and activists – about what gives them hope.

This is how to keep in touch with Jonny and his campaigning: 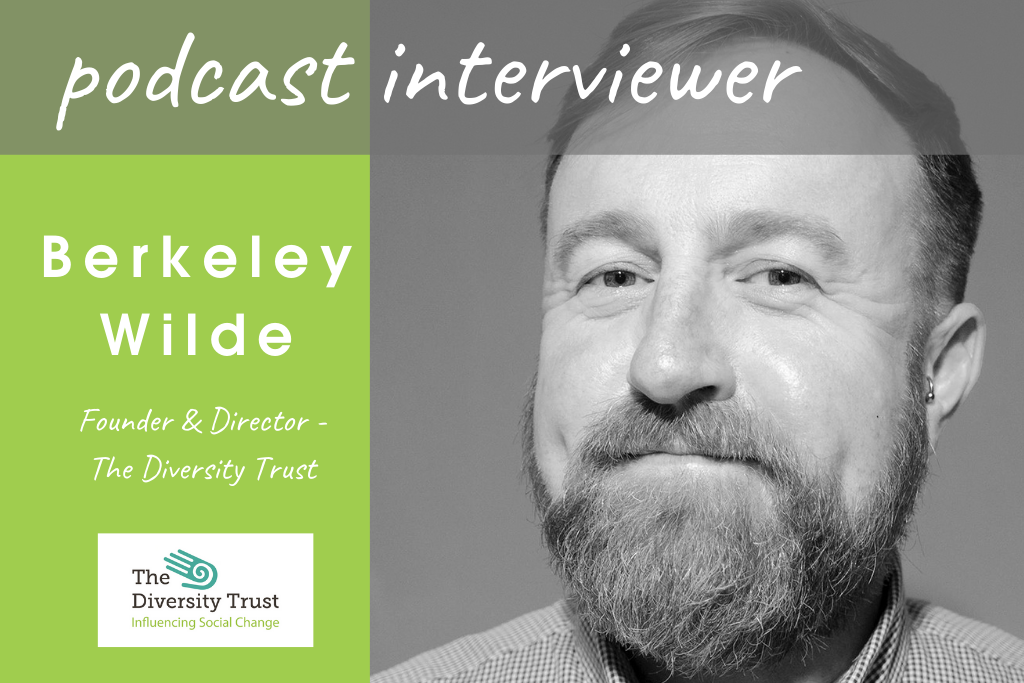 Berkeley Wilde, Founder and Director of The Diversity Trust, has been working as an equality, diversity and inclusion consultant, researcher and trainer for three decades.

He’s a specialist in consultation and engagement, as well as qualitative research, with equalities communities and groups and passionate about empowerment and leadership, group work, facilitation and training, as well as equality and social change. He works across all the protected characteristics and groups in the Equality Act (2010), the Public Sector Equality Duty (2011) and with the NHS on the Equality Delivery System (EDS2).

Berkeley works as a strategic partner in the delivery of hate crime and discrimination victim empowerment services with Stand Against Racism and Inequality (SARI). He is a Stonewall Education Role Model and a Trustee of CVS South Gloucestershire, in addition to supporting numerous other organisations in the community.