LGBTQ Rights: With or without EU?

LGBT History Month marks a time to celebrate the incredible shift in LGBTQ rights the UK has experienced since the partial decriminalisation of homosexuality in 1967. Measures towards equality have come in a relatively short period of time, including the scrapping of Section 28 which prevented schools from talking about LGBTQ issues in a positive light, anti-discrimination legislation in the form of the Equality Act 2010 and legalisation of same-sex marriage in 2014. Although there is still a long way to go in terms of equality, such as addressing inadequacies in the LGBTQ asylum process and updating the Gender Recognition Act to better serve the needs of trans and non-binary people, there is a lot to celebrate.

In the first LGBT History Month since the UK entered the transition period for leaving the EU, it is timely to look at how the EU has shaped LGBTQ rights, and what the future might hold for LGBTQ rights outside of the EU.

How the EU has shaped LGBTQ rights

Many of the transformative changes in UK legislation for LGBTQ people have their roots in case law and directives from the EU. Decriminalisation of gay sex in Northern Ireland in 1982, equalisation of the age of sexual consent in 2001, and protections for LGBTQ people under the Equality Act 2010, are just a few of the changes prompted by the European Court of Justice and European Court of Human Rights. When the coalition government considered scrapping the Equality Act 2010 as part of the ‘Red Tape Challenge’, it was EU law that was instrumental in defending the protections offered by the Act.

Furthermore, the Human Rights Act 1998, which underpins many aspects of LGBTQ equality incorporates the rights set out in European Commission for Human Rights into domestic law.

In 2002, Juan Antonio Mendoza, used the Human Rights Act after his partner, Hugh Walwyn-Jones, passed away. Under UK law at the time, Hugh’s tenancy would have transferred automatically to Juan as his surviving cohabiting partner if he was in an opposite-sex relationship. However as same-sex couples did not have this protection at the time, Juan’s landlord ended the statutory tenancy agreement following Hugh’s death. The Court of Appeal ruled that same-sex couples should have the same rights as those in opposite-sex relationships, overturning the House of Lords ruling in the process.

We do not have any certainty about how LGBTQ rights will be affected by the UK leaving the EU, as much of this will depend on the withdrawal negotiations. Protections that have roots in EU legislation, will not necessarily be rolled back. However, here are three changes to the human rights landscape which may shape the way LGBTQ people are protected under law.

In the last 50 years, we have seen LGBTQ rights on a largely progressive trajectory. Discriminatory legislation has been scrapped and replaced with protective legislation and all main political parties now enthusiastically commit to LGBTQ equality in their manifestos.

With such a progressive journey traversed, it is easy to become complacent about LGBTQ rights. For many, it simply does not seem possible that the rights we now take for granted, might be taken away. However, looking at the global context we can see that sadly, human rights progress is not always linear. Victories and protections can be rolled back, and new discriminatory legislation can be introduced. We can see this in Trump’s attack on trans rights in the United States, or the proposed changes to the Religious Discrimination Bill in Australia which aim to legislate for wide-ranging discriminatory practices in the name of faith.

With ECHR’s concerns that leaving the EU may lead to a reduction in rights, it’s vital that we look at human rights through an intersectional lens. Changes in legislation that make it harder for refugees to seek asylum, exacerbate the hostile environment or reduce support for disabled people, will impact LGBTQ communities who face multiple forms of oppression. It is vital for all human rights defenders to come together and defend the human rights framework in its entirety, to prevent human rights in the post-EU future from being undermined. 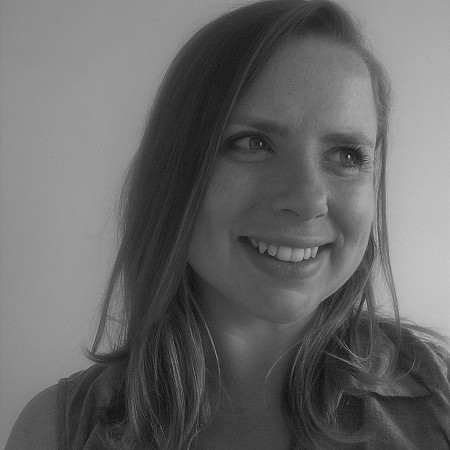