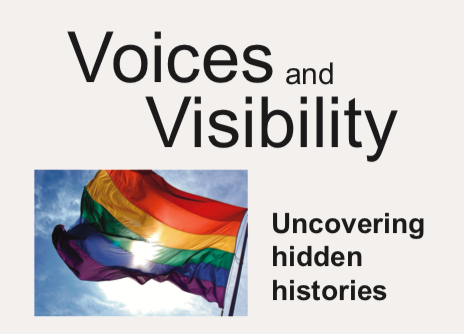 The Diversity Trust is proud to be co-hosting this free afternoon event in collaboration with Aerospace Bristol. You will hear inspiring personal testimonies from speakers – Caroline Paige, Rob Hurley, Finn Mackay and Pom Pom.

Caroline Paige is a retired RAF navigator with a thirty-five-year flying career that includes eighteen operational deployments. In 1999 she became the first transgender officer to serve openly in the British Armed Forces. Caroline is a Patron of Liverpool City Region Pride and Honorary President of her former Air Cadet Squadron.

Rob Hurley is a Landing Gear Systems Engineer at Airbus in Bristol. He’s also co-chair and founder of Airbus; LGBT+ Network. He’s worked for Airbus for 15 years. Three years ago he decided enough was enough and plucked up the courage to talk to Airbus about the subject and a few months later, Pride@Airbus was born. For the last three years, he’s brought his whole self to work every day and is a happier, more confident person and a better Engineer because of it.

Finn Mackay is a Senior Lecturer in Sociology at UWE Bristol, with a PhD from the Centre for Gender & Violence Research at the University of Bristol. With a professional background in Youth Work, Finn has worked in domestic abuse prevention in the education sector for many years, as well as being a feminist activist; in 2014 Finn founded the London Feminist Network, which revived the London Reclaim the Night. Finn still works with and delivers training for social workers and health professionals on gender-based violence.

Christina Riley is a leading voice on LGBTQ+  inclusion in the Engineering & Construction sector. Christina is a founding member of the Building Equality Network , an alliance of over 40 tier one construction engineering companies and consultants. She is also a steering committee member of InterEngineering – who look at empowering LGBTQ engineers of all sectors. Christina runs the LGBTconstruct global forum on social media , and has just been recognised over in the USA by the leading Engineering magazine ENR for her work on diversity and inclusion in Engineering. Christina created LGBT + toolbox talks that linked Diversity , mental health and on-site safety. Christina transitioned back in 2014 at Balfour Beatty following the launch of their LGBT & Allies Network &  gone on to be a public speaker on inclusion at companies like Rolls Royce, Disney and Institute of Engineering & Technology. Christina was awarded Corporate Rising Star at the 2017 British LGBT Awards.

You will hear from the Alphabets LGBTQ Youth Project, run by the Diversity Trust, which provides LGBTQ youth work and activities across South Gloucestershire. There are monthly sessions in Yate. You will get the chance to hear from some of the LGBTQ young people and volunteers who work with and attend the group.

We are also hosting Drag Queen Story Time at the event. Drag queen Story Time aims to capture the imagination and fun of the gender fluidity of childhood, while giving children glamorous, positive, and unabashedly queer role models. Providing glitz and glamour, with a camp twist, it is the story time event not to be missed.

Also hosted at the venue is the Revealing Stories exhibition created by Outstories Bristol.