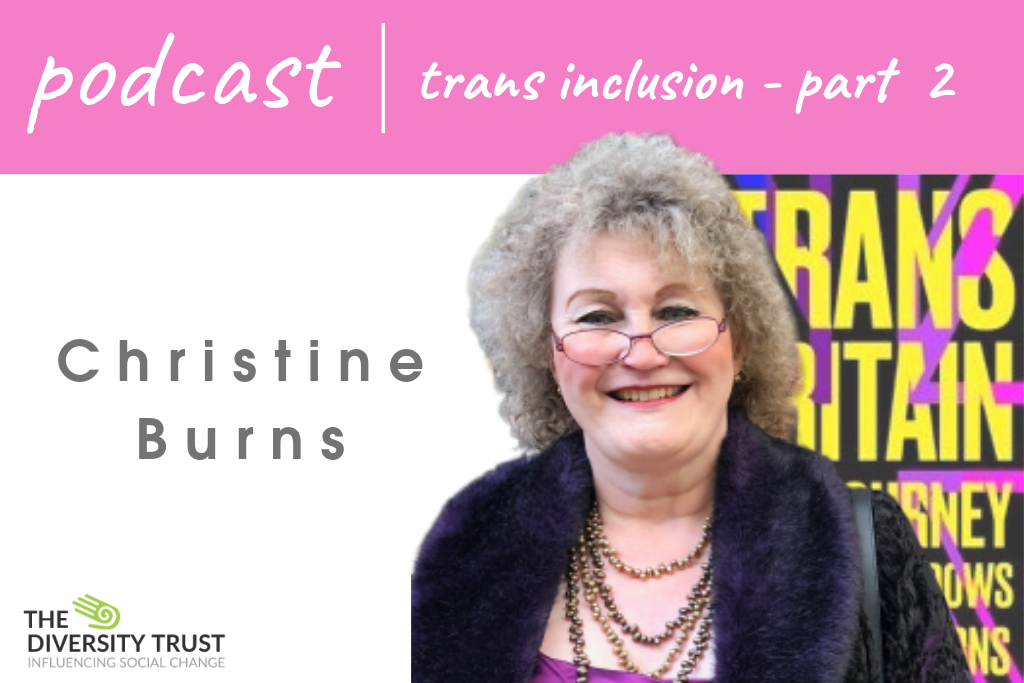 “The need for trans awareness training in many different areas: You can’t do it with a training unit that just lasts for half an hour.  You need to get into the faces of people in a non-confrontational way, just by them being part of life.”

Listen to the snippet here…

“I’m always reminded of that quote attributed to Gandhi when he said that: ‘First they ignore you.  Then they laugh at you. Then they fight you. And then you win’. And the good news is that we’re actually in the ‘fighting bit’ at the moment.  And, actually, what I’m seeing with things like Donkey Kong episode are the signs that we’re winning. So, the good news is that it’s still tough stuff; it’s not nice to have to deal with.  But we’re on the right side and we’re going to get there.”

Listen to the snippet here… 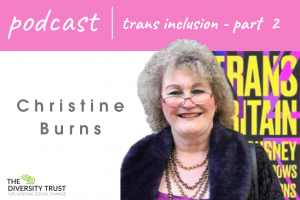 Christine Burns, MBE, is an activist fighting for transgender rights; she’s been involved in the trans community for several decades. She’s known for her work with Press for Change and has worked as an equalities consultant.  She helped put together new employment legislation and the Gender Recognition Act, and wrote the first ever official guidance about trans health for the Department of Health.

Awarded an MBE in 2005 in recognition of her work representing transgender people, Burns is now an accomplished writer. Her latest book, ‘TRANS BRITAIN – Our Journey From the Shadows’ (published in 2018) was edited by Burns.

TRANS BRITAIN is the definitive history of how trans people have fought to legislate, inform, and come together to effect social change.  It chronicles this journey in the words of those who were there to witness a marginalised community grow into the visible phenomenon we recognise today: activists, film-makers, broadcasters, parents, an actress, a rock musician and a priest, among many others.  As the government moves to update the Gender Recognition Act, TRANS BRITAIN is everything you always wanted to know about the background of the trans community, but never knew how to ask. 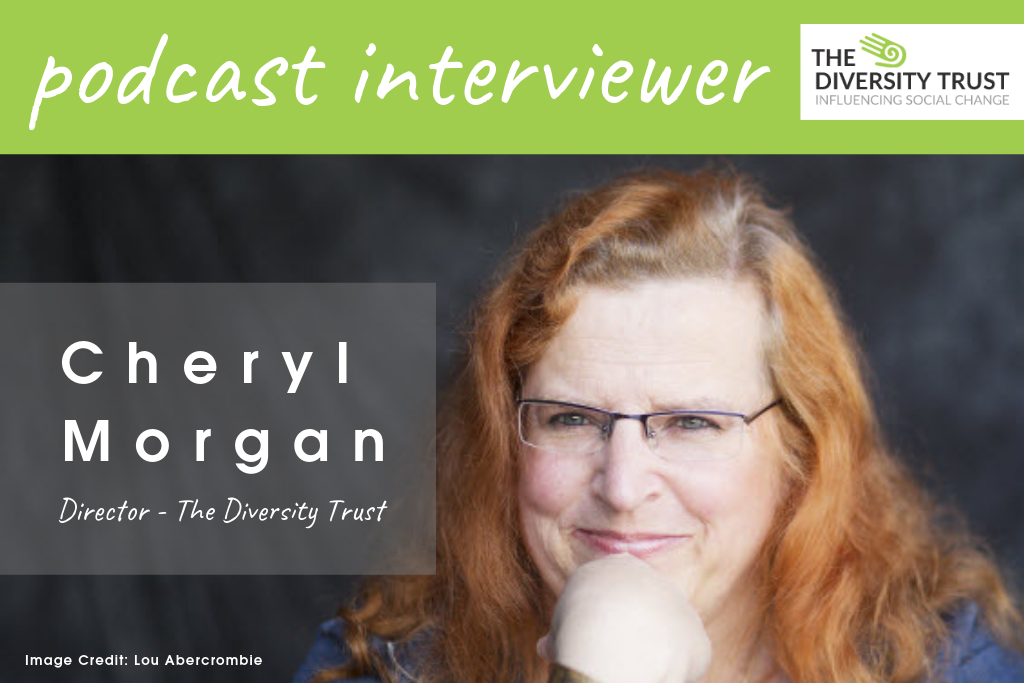 Cheryl dedicates much of her time to addressing equalities issues and feels that there is still much work to be done.  She comments: ‘I grew up in an era when shops still displayed notices saying, “No Blacks, No Dogs, No Irish”. We’ve moved on since then, but we still have a long way to go. The ceaseless attacks on trans people in the national media, and the rise in hate crimes of all sorts since the Brexit vote show just how far we have to go.’

Cheryl, a trans woman, is an active member of the Women’s Equality Party (branch officer), a presenter of women’s interest show on Ujima Radio and a trainer/facilitator on The Diversity Trust’s trans-awareness courses.  She’s also an expert on feminist science fiction.

She’s delighted to be able to make a positive contribution as a Diversity Trust podcast interviewer, quite rightly acknowledging that it’s ‘100 years since we got the vote, and the country is still run by men who have no interest in women’s issues. See the WEP Manifesto for detail’.

To find out more about Cheryl, please visit her website: www.cheryl-morgan.com.