PTSD – Post-traumatic stress disorder is an anxiety disorder caused by very stressful, frightening or distressing events. Someone with PTSD often relives the traumatic event through nightmares and flashbacks and may experience feelings of isolation, irritability and guilt.

For many people, talking about mental health issues is still seen as a form of weakness and some of those who have shared their stories with me about how they are coping, what they’ve been through and how they are healing from a traumatic experience, have faced rejection or other forms of negative backlash. Through the main conversations, I had to develop the script I realised that not everyone has support from friends or family. Many are dealing with this on their own. This has lend to some very tragic stories that struck a chord in me. I have been humbled by the pain of others and continue to be so as more stories break.

I believe that anyone who comes back from a trauma is a brave person, willing to stand in their own truth. Telling this story “In The Silence” is an opportunity for representation onscreen & behind it, particularly because I found that on public media platforms ex-vets who are black or other ethnic backgrounds and suffering from PTSD aren’t acknowledged enough or even invited to talk about the subject. There is a very severe lack of representation.

Taking action for change always involves challenges and I have come up against many. But, in order for change to happen, you have to push through and commit. I am very grateful for all the amazing people who have come on this journey with me to make this film.

Find updates on “In The Silence” on Instagram: @in.the.silence
You can use the Hashtags: #inthesilence #gracefilms

Brief Summary of ‘In The Silence’:

Young and in love, Maria and Eric have the perfect relationship, or at least they did. When Eric returns from a military tour of Afghanistan, he’s not quite the man she fell in love with. Traumatised by his experience of war, Eric struggles to adapt to civilian life. Sudden noises and everyday frustrations elicit abnormal, sometimes violent responses whilst flashbacks increasingly intrude into real life.

Maria’s there to support him, putting her life on hold and risking her career to do so. Yet how much can she do if Eric won’t help himself? Refusing to attend therapy whilst turning instead to drink, he spirals slowly downward, on a personal path of self-destruction until, drunk and delusional one night, he almost strangles Maria as she tries to comfort him.

Finally, alone, desperate and consumed with self-loathing, Eric realises he has no-one but himself to blame. It’s now up to him to try and put the pieces of his life back together. But is it all too late? 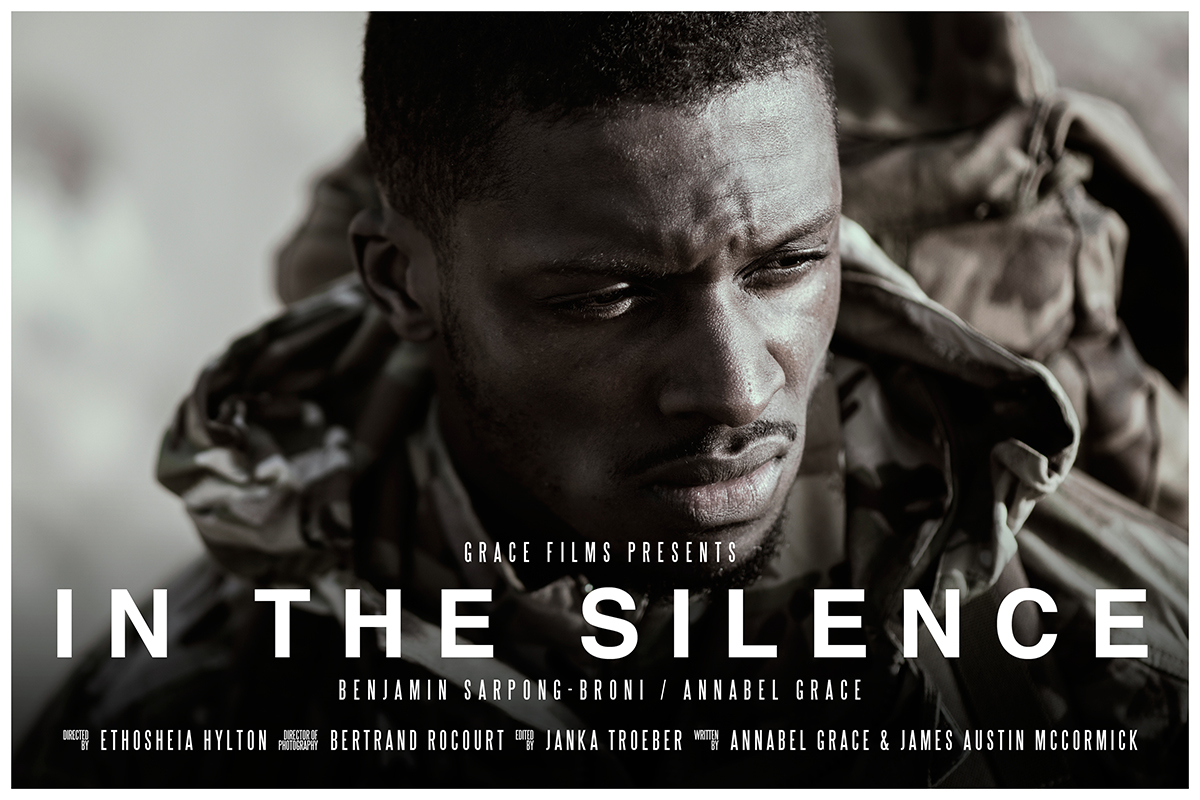