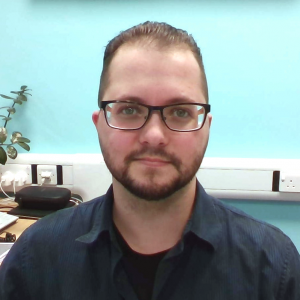 I’ll start by saying that I personally LOVE a conference, especially a conference that covers gender and sexuality issues, and especially when topics focused on transgender issues are going to led by trans people. So you can imagine my excitement when I was invited to the 2018 ‘Transforming Spaces’ conference hosted in London by Gendered Intelligence. (Find out more about GI at http://genderedintelligence.co.uk/)

The conference was a two-day event hosted at the Resource For London venue. Both days began with a keynote address, featured four breakout sessions with 2-3 options to choose from per session, and ended with a panel of speakers reviewing the day and answering questions.

It’s important to note that although GI’s mission is to work with the transgender community at large (and with those whose work directly impacts transgender lives) they primarily focus on work with young trans people, between the ages of 8 and 25 years old. This was evident over the weekend in two ways: first, the majority of visible GI representatives were young people, and second, Day 2 was headlined as the “Youth Day,” which meant both sessions were led by youth themselves, and sessions held specifically and exclusively for youth.

I would hazard to guess that there were only about 200 people in attendance on either day, based on the size of the venue and the length of the list of names I saw. Still, within an hour the greeting hall was heaving; an excellent turnout!

The first keynote speaker, Meg John Barker, is a highly respected author, academic, and accredited psychotherapist, whose work I am intimately familiar with. The title of their talk was “Trans: Adventures across time and space,” in which they used figures and archetypes from science fiction (namely Doctor Who, and X-Men) to assert that transgender people have the power to disrupt hegemonic notions of space and time. (For example, many trans people, especially those of us who undergo medical transition that involves hormone therapy, experience a “second puberty,” a notion not particularly common in cisgender narratives, even ones that feature a “rebirth” experience.) All in all it was a thrilling way to start the experience.

The first breakout session I attended was ‘Trans clients in the therapy room.’ With the recent (Sept. 2018) release of the film ‘Boy Erased,’ and the global ramping up of efforts to confront the practice of conversion therapy, it is perhaps not surprising that this was the primary topic addressed. In particular I learned about the first and second drafts of the MOU – the Memorandum of Understanding – on Conversion Therapy, which does not (currently) call for an outright ban on Conversion Therapy in the UK, but rather calls on counsellors, therapists, psychologists, and others, to sign an agreement that they will not practice, or encourage or support others (i.e. through referrals and signposting) who practice CT. This is a complicated and understandably emotionally fraught issue, and there were some great questions from the audience, and excellent (both heartfelt and practical) responses from the panellists.

The second session I attended was ‘Coming out of the archive: Trans lives in museums.’ GI has a longstanding relationship with the Science Museum. In 2014 they collaborated on a project entitled ‘What makes your gender?’ a project about interacting with the objects in the ‘Who am I?’ gallery in order to reorient or reinterpret its meaning. This is where things started to get personal; I was actually part of some of this project, shortly before I aged out of GI’s program! Furthermore, we were introduced to the ‘Museum of Transology’ by curator E-J Scott, which is “A mobile museum that collects & exhibits trans peoples’ stuff, so that our her, his & their stories aren’t lost.” (Description pulled from Twitter: https://twitter.com/MoTransology.) So I got to time travel twice in the session, first back to my experiences with GI in 2014, and second to my recently graduated self in 2011 when I told people I wanted to do a postgraduate study in Library Sciences so that I could start an “archive of trans documents and artefacts to preserve our history.” It was thrilling.

No less thrilling though not as joyful was the third session, ‘Prisons.’ Hosted by key speakers Megan Key, Dr. Chryssy Hunter, and Michelle Brewer, all of whom have long histories and deep involvement with the prison system. Networking with these powerhouses was a privilege, and I cannot begin to convey to you how informative and inspiring they all were. Prisons are one of the hottest topics when people discuss the Gender Recognition Act (which you may have been aware was recently the subject of a national consultation), just behind issues around use of toilets and changing rooms.

The final session I attended on Day 1 was about trans-inclusive universities, but I want to take this opportunity to say that I did not attend what I think was the most popular session that day, ‘Making space for trans pregnancy.’

I think the reason this gained so much attention is because of the high attendance of young people, many of whom are being asked to talk about and consider making big decisions about their reproductive futures, particularly if they desire access to medical transitions. Keep in mind some of these young people are not even 18, yet they are being asked whether and how many children they want to have, and whether they want them to be biologically related to them or not. I do not propose to write an in-depth argument here, but I just want to mention that giving young trans people access to hormone blockers early on has huge potential to mitigate the need for these conversations, and decisions, with such young people.

The day closed with an excellent review of the day with a small panel of young people, and a drinks reception which was a great opportunity to network with the many people we’d met but not had time to really meet during the day.

Day 2 was, for me, slightly less intense, but perhaps not so for the young people who were leading the way.

I was invited to join a Trans Storytelling group, despite being marked “for young people only.” I was told that if I identified as a young person I could join, which presented me with a problem; I recently turned 30, and I’m one of those people who as an actual young person was always told I seemed older than my years, and identified with that. Did I “identify” as a youth even when I was a youth, much less now, as an actual bona fide adult? I decided to come in anyway, as I had been invited, and took it as an opportunity to offer the wisdom of my oh-so-many years.

I found the room surprisingly quiet for a session that was supposed to be about storytelling, and I fought the urge to take up the extra space with my own voice. I did fill the silence a little, with tales of my own experiences with how storytelling and roleplaying had helped me as a newly-out trans person, and encouraged the young people to both seek out the stories of their “elders,” and to share their own, as just by existing they were making history today.

I followed this with a session on ‘Dysphoria vs. Euphoria.’ We asked some difficult questions about how we defined, as well as personally experienced, dysphoria. Trans people were given the opportunity to separate and discuss the things that helped them personally deal with dysphoria, while a mixture of cis and trans people sat together to ask each other questions and offer advice. The facilitators skilfully moved the conversation on to the topic of Euphoria, asking us what it meant and how we might pursue it. This session could easily have been a real downer, but we all managed to leave on a high note, with cis and trans people shaking hands and hugging and thanking each other for the vulnerable insights we had shared.

The final two sessions were very similar; ‘Schools’ was presented by a mixture of students, recent school leavers, and a transgender schoolteacher, who shared their stories of problems and triumphs over transphobia in schools, while ‘Do we need our own community space,’ discussed similar problems, and an overview of the crisis affecting LGBTQ spaces (venues, bars, cafes, etc.) in the London area and around the UK. Both prompted a rollercoaster of emotions, as some issues seemed insurmountable, while others appeared to be naturally fading away. (They are NOT naturally fading away, they are becoming rarer as a result of constant hard work and sacrifice on behalf of LGB and T activists over many decades!)

And finally, Day 2 once again closed with a panel of GI young people, this time much larger, reviewing the day and taking questions from the audience.

By happenstance, I got the last word in. My question, prompted by my dilemma earlier that morning, was phrased as “What age do you identify as?” I clarified this by recalling MJ Barker’s assertion that trans people are “time travellers,” (I think they actually said Timelords…), by referring to the workshops on both museums and on storytelling. I also pointed out that the panel in front of us was not simply made up of trans people, but of trans young people; their age was being highlighted as well as their gender/transgender status. And age for trans people can have at least two meanings; your physical age (i.e. the number of days, months, and years since the date on your birth certificate) and your “trans” age, i.e. How long since you came out, since you started socially transitioning, since your first dose of hormones, since this or that surgery, etc?

I’m happy to say even the shyest of the young people were inspired to answer. Many of them talked about how they felt that trans youth were forced to grow up faster than their contemporaries because of the many “serious” issues they were faced with that their peers didn’t even have to think about. (“You’re fighting over a pencil case, I’ve got to decide if I ever want to carry my own child or not!”) A lot of them talked about their extreme respect for older trans people, especially those who didn’t come out or start transition until their later lives, and about how trans people who had been transitioning for a long time were important sources of support and information for them.

Although I am not a parent, I have been “Dad” to countless young trans people; I have provided or assisted access to first binders, packers, picking up and taking first hormone injections, writing coming out speeches to parents and schools, I have had young people on the brink of ending their lives sit in my kitchen and drink cups of tea and hold on for just a couple more minutes until they could walk out and get themselves home safely. I know what it’s like to be looked up to.

I hope the people of GI, especially the young people, know how much I look up to them. GI as an organisation is leading the way to a better world for all of us; they are actively in the process of creating and shaping incredible leaders and profoundly empowered citizens of the future. I am honoured to have been a part of this process.

Because “Time” was such a prevalent theme, I thought it was worth closing with a few notes: Gendered Intelligence was established as a not-for-profit Community Interest Company in 2008, the same year I had my first shot of testosterone. We just turned ten together. I look forward to another decade of growth and success!